Banner for a Friend

I made this for my friends.  ~ The event is next weekend. You can help give a donation too if you like. Click on the link below.

HAVE YOUR REGISTERED OFFICIALLY FOR THE SAMARITANS SUICIDE WALK AS PART OF TEAM BRIAN? https://sna.etapestry.com/fundraiser/Samaritans/5K2012/team.do?participationRef=1834.0.803635784

In the United States, a person dies by suicide every 15 minutes, claiming more than 36,000 lives each year. It is estimated that an attempt is made every minute, with close to one million people attempting suicide annually. Suicide is the fourth leading cause of death in the U.S. among adults 18-65, the second leading cause of death among teens and young adults, and individuals ages 65 and older account for 16 percent of all suicide deaths. This is a public health issue that does not discriminate by age, gender, ethnicity, or socio-economic status. 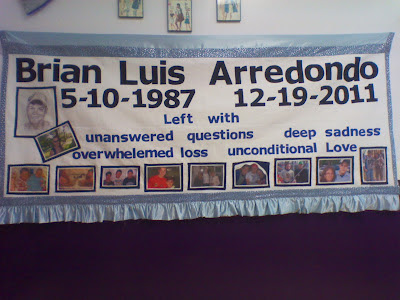 If you've been reading my blog for a while you know about Alex. Brian was his brother and didn't take too well that his brother got killed in Iraq. Brian killed himself last year. My friend don't have any more children living with them here on this earth. Sometimes I don't know how they find the strength to go on.. but.. somehow... they do.

Until next time, Enjoy your moments ~ make them "sew" much fun, Cindy
at 6:14 PM

Email ThisBlogThis!Share to TwitterShare to FacebookShare to Pinterest
Labels: my projects, Sharing