Ok, so it's longer than a week since my last post. Why? Because this is life sometimes being a parent, business owner, housewife and all the other hats I wear. I've had to turn something off the past 10 or so days so my choice was the online stuff. I'm not sure when the drama will end and I can feel comfortable doing my regular post and blog reading.... just trying to take things one moment at a time taking care of the important things first.
A lot of drama with L2S I won't get in to but lets just say things are happening that I usually don't have to deal with which puts more on my to do plate. Not so much the teaching and sewing parts but the business end of it. A little hint to add to all the other things is the plumbing has been backing up in the restroom at the sewing studio. Dealing with landlords old and new, lets just say I wish people would treat other people with the golden rule in handling business matters. It would be a lot less stressful. I don't know why people have to be asses sometimes when doing business. You treat me right, I'll treat you right. But heck, look at Wall Street now and we've gotten to "he who has the most wins" no matter who you get your most from. So, oh yes, the poopy has been backing up but you just have to deal with it until the pipes get unclogged and things start flowing again.

Oh the drama being a parent and dealing with a little one who's hormones are starting. Oh the tears... I mean the daily tears. Tears in school, tears at home. We can't stop the water works. One minute smiling and everything is ok, the next the tears start flowing down the cheeks. I don't remember 10 being like this but then again there were other things in life that brought me tears when I was that age.

As far as sewing classes last week, some of the classes I thought were full ended up having people not showing up while other students wanted to attend. Some classes students got private lessons because they were the only ones who attended. It was a strange week that I often thought to myself "is it a full moon?".  I know a couple of people finished some sewing projects and I know I took pictures of them. Dang if I can find them now. They went poof in the night somewhere.

I do have pictures from the dance compitition from yesterday that ran 3 hours late. We were there for 13 hours. It was a long day.... 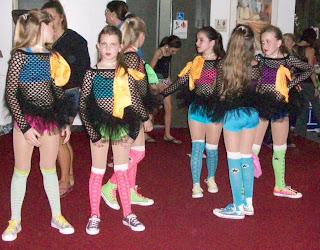 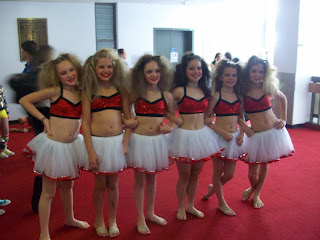 We only had 4 dances, two just the Jr. team and two with both groups the preteens (tweens) and the teenagers. The video's are only the tweens. I like the tap better but they won more awards with Hair Looks Fierce. (updated: My mistake, they won more with Rock This house than they did the jaz dance). I'm not sure what they won with the big girls because we didn't stay for the awards. We'll find out today.. (update: found out the tap dance took first place with high gold. I'll have to post that video later. It was a good dance!)

And the DRAMA continues another day. I hope I can get back to my regular post but I'm not promising anything. There's still so much to do and so little time to do it all in. Until I get caught up with everything I'm going to put less stress on myself with not feeling like I HAVE to post.

Hope to see you in class this week.... sewing makes things all better :)  for me anyway.

Email ThisBlogThis!Share to TwitterShare to FacebookShare to Pinterest
Labels: Sharing, Week in Review